A 2 piece consisting of Mark Mahoney on Vox and Harmonica and me on Guitar and vocals. We have recorded a number of our own songs and have just started gigging. Go to our Facebook page for details or the Bar Trek YouTube channel for videos.

Our new album "Beautiful World" came out in December 2017. It is available on CD or via the usual download and streaming outlets.

You can also find us here on iTunes and here on Spotify.

A band based in Dormansland playing blues and rock from Neil Young to Queen. Playing bass now for them at their gigs, I first depped with them on NYE and again in May 2017. Go to their Facebook page for details.I also played for them at another gig in 2018 on guitar and am doing so again in October.

Another band based in Dormansland playing more electric blues. We have a first gig in October 2018.

A band based in Haywards Heath, we are playing Rock covering bands such as the Foo Fighters, Biffy Clyro, Velvet Revolver etc. Loud and dynamic we are a 5 piece with a female vocalist, drums, 2 excellent guitarists who share the lead and rhythm duties with me on bass. We played our first gig in August 2017 and have already started gigs for 2018. Go to our Facebook page for details including some video footage from one of our gigs at the Ship in August. 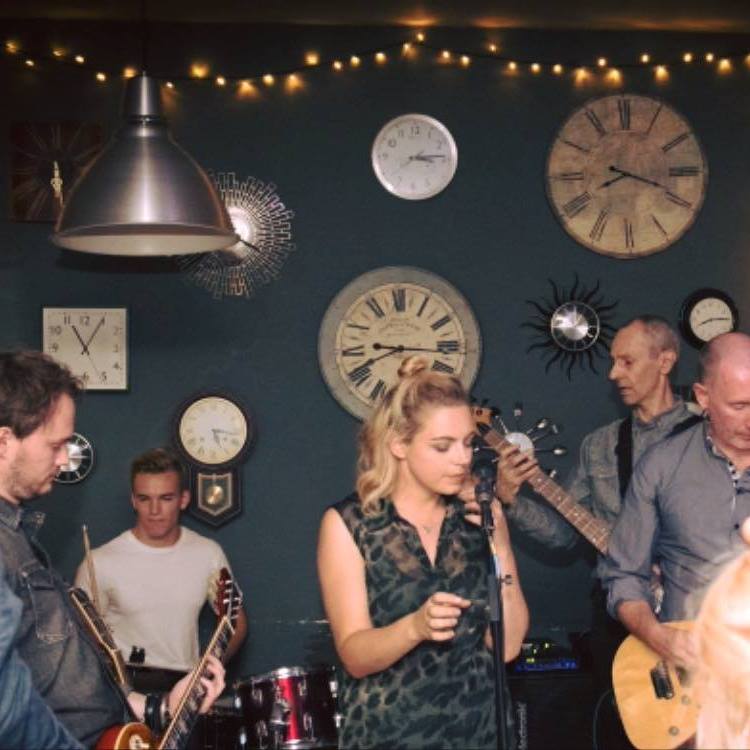 A band based in Mayfield. We play blues, soul and rock 'n' roll. With a varied lineup including the normal crew and a sax player too. We played at the 2017 Mayfield Bands and Bonfire festival on July 22nd. We are already gigging in Mayfield and the surrounding area in 2018.We recorded some demo tracks in July 2018.

A band based in Hurstpierpoint. The band that Mark Mahoney sings with needed a dep bass player for a charity event that was one of the Jo Cox Memorial events in June, so I played with them on this occasion. A mix of blues rock numbers.

The "Tim Boat Too" performed from 2014/6, we played various open mics around Sussex and have played at the New Music at the Dorset Arms gigs three times in 2014/6. We are recorded our first EP. We've had a few gigs in London, Brighton and East Grinstead . I played bass and guitar and on backing vocal duty for Tim who also plays some mean guitar.

"The Pyrats" first played at the jam at the White Hart in Wadhurst on 28th February 2007 and then an 18th Birthday party in June of 2007.

We have recorded eight tracks which you can find on our MySpace page. We recorded these songs in our singer's front room at various points.

We played at the Music in the Meadow festival in May 2011.

"Roadster" are a covers band playing rock music in many pubs and clubs across Sussex, Surrey and Kent.

Breakout were a covers and originals band playing blues, rock and soul in pubs and clubs across Sussex and Surrey.

We went through many personnel changes and I played lead and rhythm guitar and was even joint lead singer for a while.